Confessions of a lonely traveller…

03:00 am, Keflavik airport. After 4 and half hours of flight, I moved my first step on the Icelandic land. I have slept for most of the flight, I only woke up once, just the time to take a photo over an unknown city, probably somewhere over Great Britain. Anyway, once outside the airport everything was dark and cold, it was raining and a icy wind was blowing.
Welcome to Iceland!

My plans for this first day are to follow the path of the golden circle, one of the most popular and interesting day excursion in Iceland. Just the time to collect my bag and wait the guy with the key of the car and finally I can start my solo trip. With my Hyundai i20 I started to cross the Icelandic roads. My first stop is Flúðir, 150km far from the Keflavik airport. The roads are straight, large and well-marked, but they are also wet, icy and slippery: outside Reykjavík I saw a tough car accident.
That isn’t the better way to start a car tour.

While the sun was rising and lighting up all the island, I finally arrived to Flúðir, a small village in the middle of nowhere, famous for his geothermal greenhouses, his steam bath and horses. After a coffee and a quick nap, it’s time for me to go to one of the most important stops of the golden circle: Gullfoss. 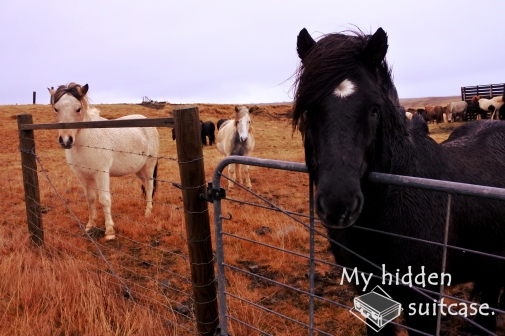 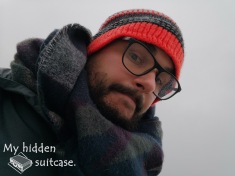 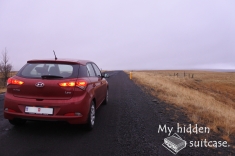 Gullfoss is one of the most spectacular waterfalls in Iceland. Located in the canyon of the Hvítá, the river flows down into a two-step staircase of 11 and 21 meters into a crevice 32 meters deep. That is one of the most beautiful, mighty and powerful things I have ever seen in my life. Here there is also a nice café with a souvenir shop where I had a cup of coffee and a slice of apple pie with caramel: delicious. 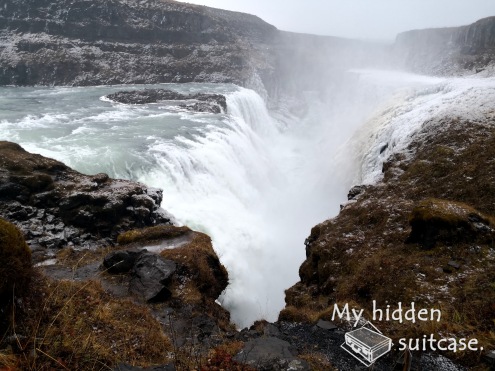 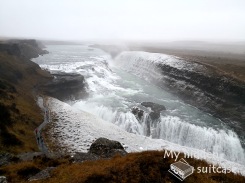 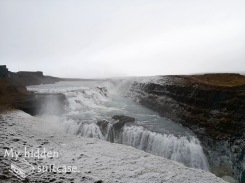 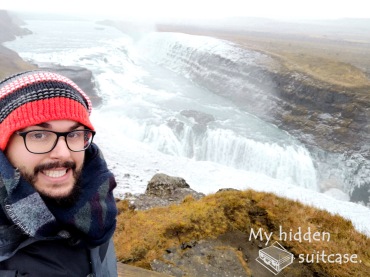 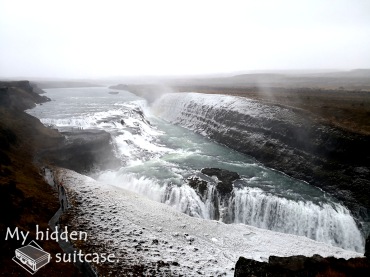 At only 10 km there is Geysir. It was the first geyser known to Europeans, also the one who gave the name Geysir to this natural phenomenon. Eruptions at Geysir can hurl boiling water up to 70 meters in the air. Unfortunately, it was raining and everything was grey so the geysir was incredible but not as it could be in a sunny day. 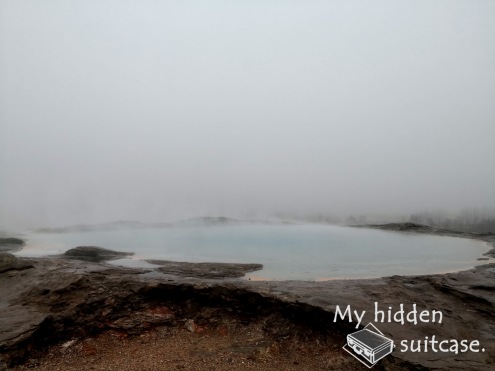 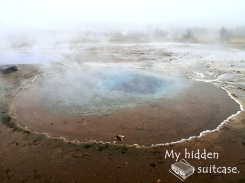 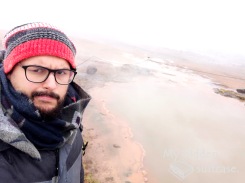 With Gullfoss and Geysir, the third fundamental stop of the golden circle is the Þingvellir (Thingvellir) National Park. In the year 930 AD was founded here the Iceland historic democratic parliament, one of the first in the world, and most Icelandic people regard Þingvellir as a sacred place. Þingvellir means assembly fields, indeed here you can walk between the Eurasian and North American tectonic plates. They have been slowly drifting apart, creating the rift valley which runs through the sight. 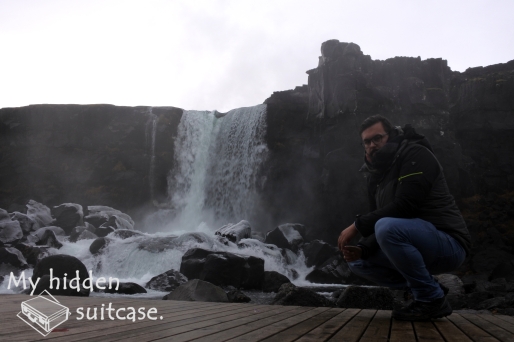 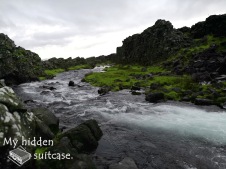 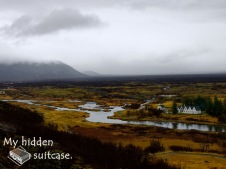 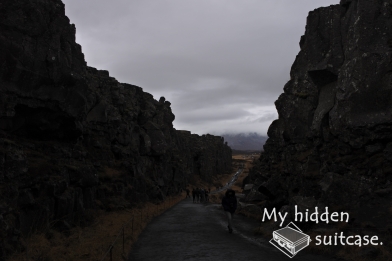 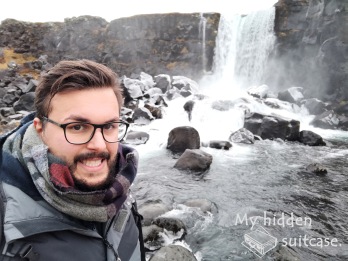 After a long walk into the Þingvellir National Park, I went to my room at Laugarbraut and I had my dinner at the Lindin Bistro: vegetable soup, hamburger with grilled lamb and a pale ale Einstök Beer. I know, I am a fat guy! 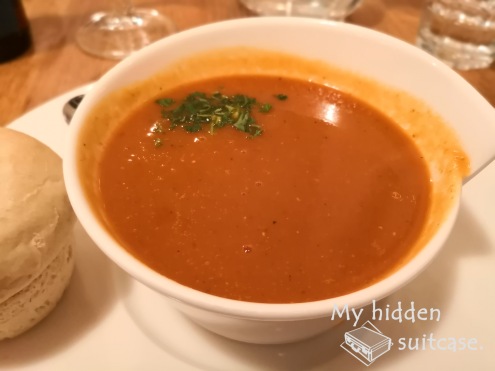 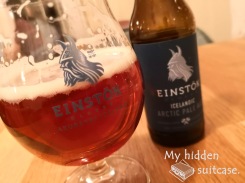 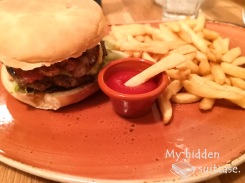 This first day in Iceland was coming to an end when, once I went out from the Bistro, there was one last magical thing waiting for me: a tiny white and cold blanket on the road. It was snowing!

See you next time with Iceland: into the Langjökull (day 2).

This site uses Akismet to reduce spam. Learn how your comment data is processed. 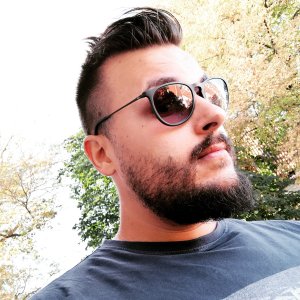